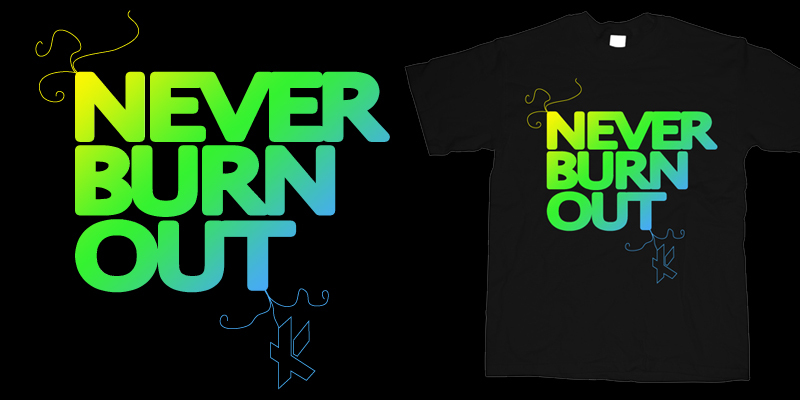 My friend from high school who goes to U of I now started a clothing line of some sort called Kerosin Clothing. He asked If I could cook up a design for his summer line. He also said it portrays to mostly Skateboarders. That K on the bottom right is their logo. They also have some saying about being yourself which is "Never Burn Out" When I showed him this he said he really liked it, he just wish there could be a bit more to the design. I mostly like designs that are simple, but of course its not for me. So any suggestions would be greatly appreciated on how to spice this design a bit more up.