Four Pretty Ponies of the Apocalypse 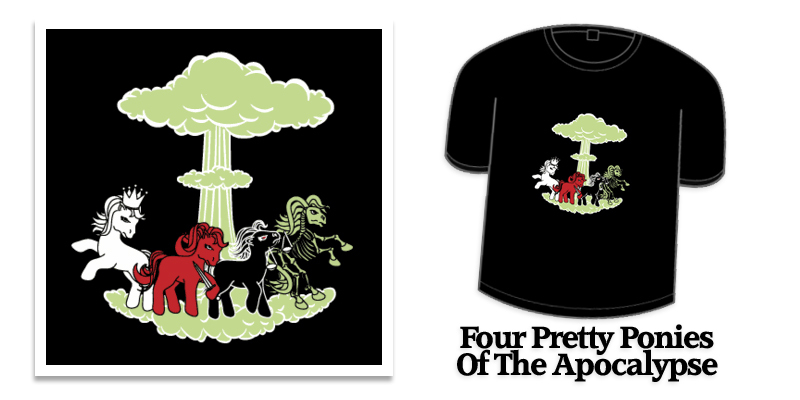 The Four Horsemen of the Apocalypse are the forces of man’s destruction described in the Bible in chapter six of the Book of Revelation, the Original Greek Î‘Ï€Î¿ÎºÎ±Î»Ï…ÏˆÎ¹Ï‚ Î™Ï‰Î±Î½Î½Î¿Ï… (Apokalupsis IÅannou), “Revelation Of John”. The four horsemen are traditionally named after the powers they represent: War, Famine, Pestilence, and Death. However, this is slightly at odds with the conventional interpretation of the Bible, which actually only directly names the fourth: “Death”.

But they’re so cute!