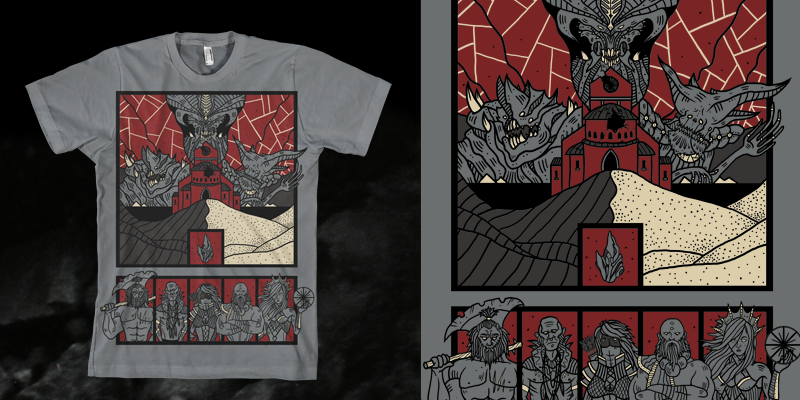 Submitted to DesignByHumans for their Diablo III contest!

VOTE FOR "THE CHOICE"

I decided to show off multiple characters, and demonstrate the major plot of the game in a single image - you can see the main Lords from D3 at the top, each respectfully placed where the player finds them in the game. The Nephalems are stylized like a character selection screen from Street Fighter or Super Smash Bros. to make a video game connection. Ultimately, I wanted the entire image to be stylized where a viewer might find it in an ancient book or painted on the wall of the tomb. Thanks for looking! Good luck to everyone who submitted. Oversized, 4 colors on slate.

We need guidance and new ideas on T-s...6