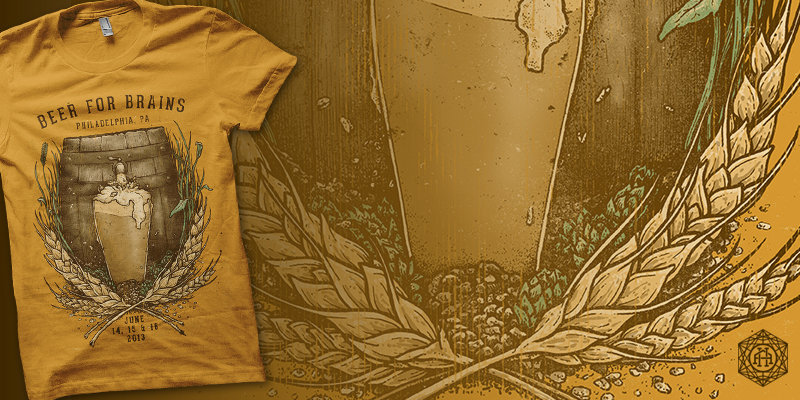 Part of a package for my senior project class. We had to design for a charity and I chose to do the Beer for Brains Foundation (www.thebeerforbrainsfoundation.org) and bring a fictional beer festival to Philly, this is one of the shirts.

The artwork is for sale
ahainesart@gmail.com