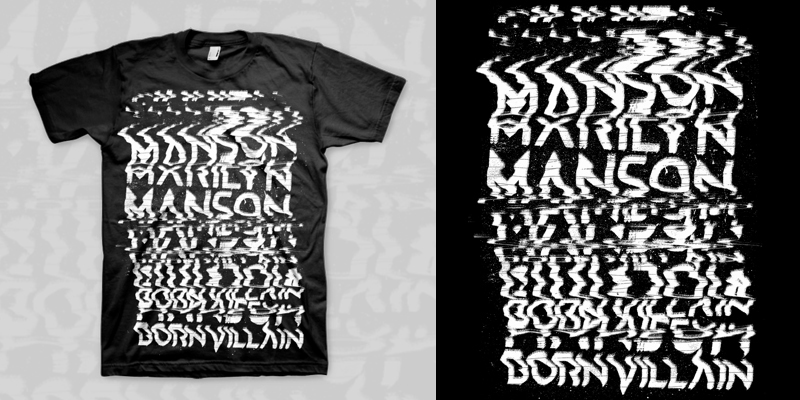 Apparel design for Marilyn Manson's new line. I was asked to incorporate his new logos into a piece. I came up with a more typographic piece for him.