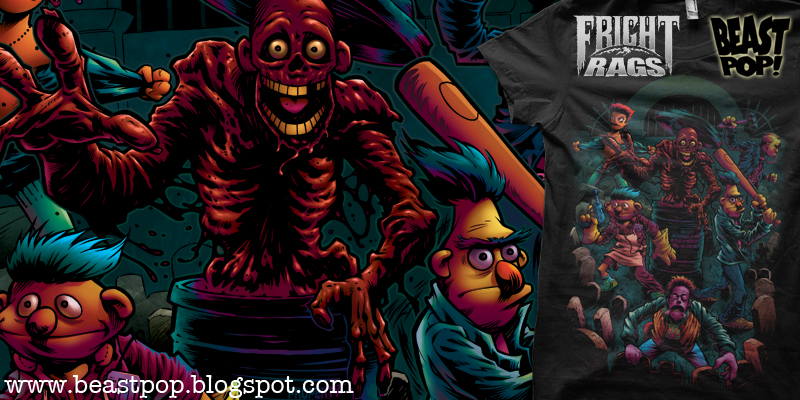 The fine folks at Fright-Rags were kind enough to ask me to work on another design for them, and I had to jump at the chance to bring this one to life. In a similar vein as my RE-ANIMUPPET design, which was a mashup of Re-Animator with the Muppets, this one is a Muppet-style take on RETURN OF THE LIVING DEAD -- one of my favorite zombie movies ever! Based on the unintentional gag of having two main characters named Burt and Ernie, we decided to change those characters into... Bert and Ernie from Sesame Street, of course, and give some of the other characters a Muppet-makeover! The shirt will be up for preorder at Fright-Rags from July 4th through July 8th, so don't miss out! It's strictly a limited edition! 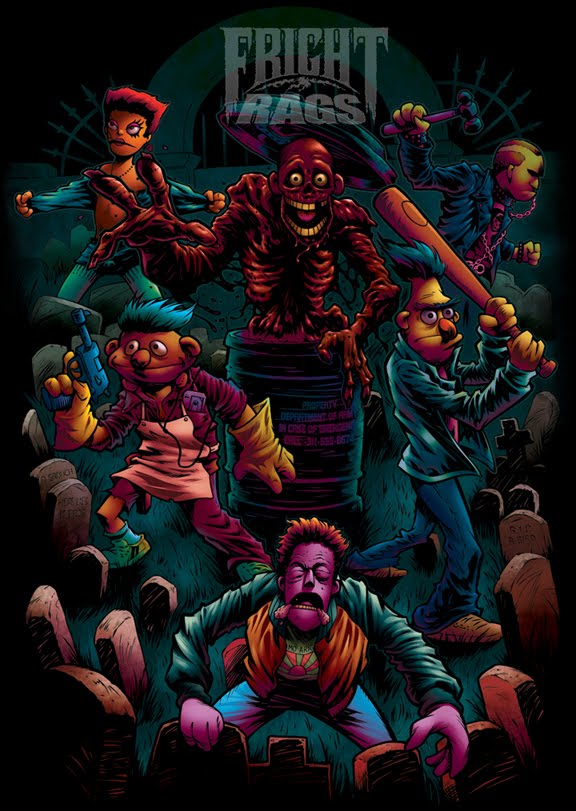 What to wear polo shirts2