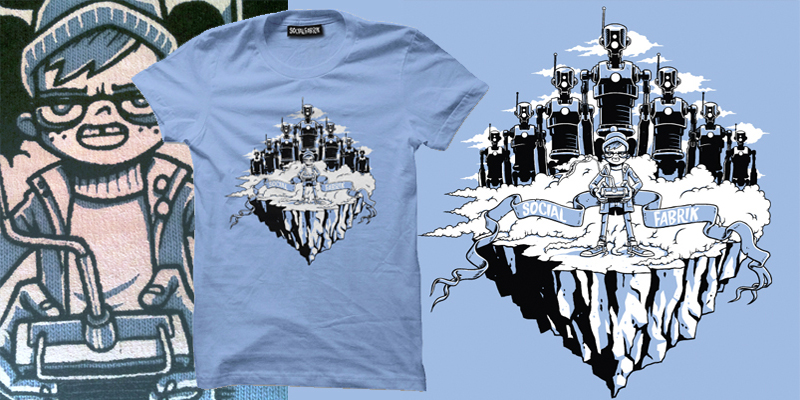 Itâ€™s geek versus the world. But this guyâ€™s got help. From high up in the clouds, this nerd is out to exact his vengeance, backed by an army of remote-control robots to do his bidding, this little guy doesnâ€™t seem so little anymore...

Designed exclusively for Socialfabrik by Hammo AKA Nick Hamilton, an illustrator and graffiti artist based in Manchester.

Working across a range of media including digital illustrations, painted canvasses & murals, and influenced by a childhood filled with superheroes and comic books â€“ Hammoâ€™s distinctive pieces are recognisable by their bold lines and razor sharp attention to detail. His characteristic style and themes can be seen all over Manchester & beyond, and in the work he has produced for clients such as Playstation, K-Swiss and Diesel.

What shirt-sizes do Middle School Kid...17