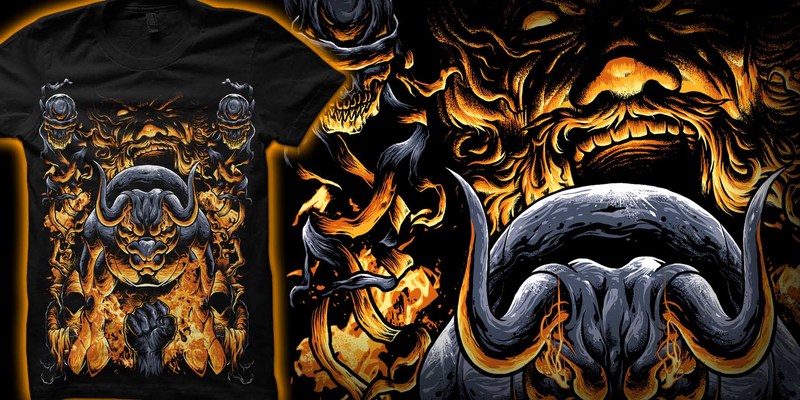 The third design that inspired by the most Gruesome Methods of Execution, this one is called "Brazen Bull"

History note:
The Brazen Bull was invented by Perilaus of Athens (a Brass worker) in the 6th Century BC and offered to Phalaris, Tyrant of Agrigentum, as a gift. It was a large brass bull that was completely hollow inside with a door on the side large enough for a man to enter. Once the man was inside the bull, a fire would be lit beneath it in order to roast him to death. In the head of the bull, Perilaus put a series of tubes and stops that were designed to amplify the screams of the victim and make them sound like the roar of a bull.

Interestingly, Perilaus was the first person to feel the pain of the Brazen Bull.

No pumpkin thread this year?24

Front Print vs. Back Print10