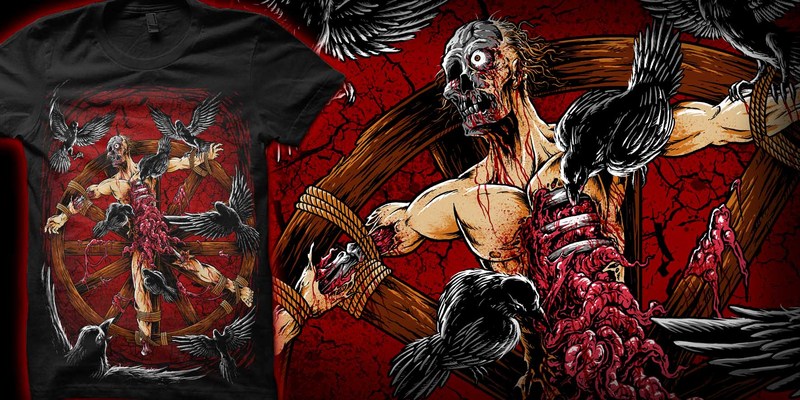 Hope you guys dig it. Cheers

History Note :
The breaking wheel was also known as the Catherine Wheel and it was a mediaeval execution device. The criminal would be attached to a cart wheel and his arms and legs stretched out along the spokes. The wheel would be made to turn while a heavy metal bar or hammer would deliver bone breaking blows to various parts of the body between the spokes. If a merciful execution had been ordered, after a large number of bones were shattered, fatal blows would be delivered. In cases where mercy was not offered, the criminal would remain on the wheel until they died â€“ this could sometimes take days and the person would die of shock and dehydration.
After the shattering was complete, the limbs of the person would be woven between the spokes and the wheel would be hoisted to the top of a pole for birds to eat the, sometimes still living, body