Bring Me The Horizon-World War Zombies 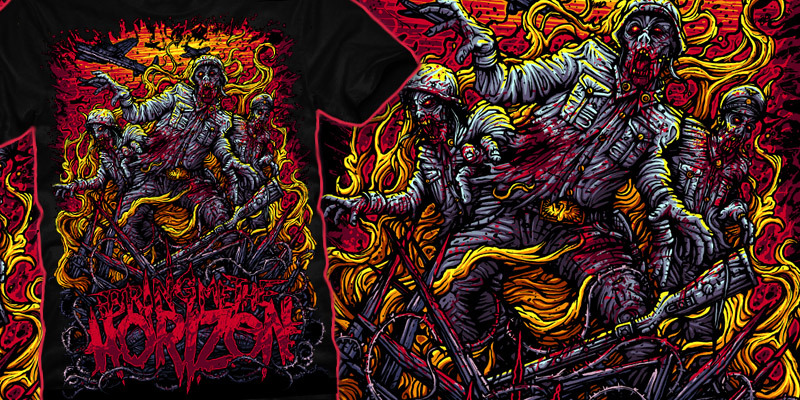 Thinking about it, i dont draw too many Zombies, so..heres some Zombies. Just pure Zombies. Partially on fire.